Mutsch Ungarn Reisen and PA Touristik, the strategic-business partners of  the Hungarian Tourism Plc. , similarly to the practice of previous years are now again going on with their increasing of number of flights, kind of taking out a bigger and bigger share of theirs of the international market in 2014.

From the middle of April, the life at Héviz-Sármellék Balaton Arpoirt will get enliven, as from that time on they will be busy with receiving additional weekly charters from Basel-Mulhouse-Freiburg Euroairport from Switzerland and from Friedrichshafen Airport, from the Baden-Württemberg region of Germany, back to back, till the end of October. Whilst, of course,they will go on with their service of receiving of charter flights from Frankfurt, Düssledorf, Hamburg and Berlin, too.

Which will make it a lot more easier for German, Belgian,Swiss and Alsatian tourists to reach the health resorts of West-Transdanubia and Lake Balaton,as now they will not have to change. At the same time they will also be offered a door to door service from Balaton Airport-for some extra. This latter is a special service of comforts and well-liked in the circle of elder customers - especially that it is far beyond out of reach for travellers at airports of other competing countries. 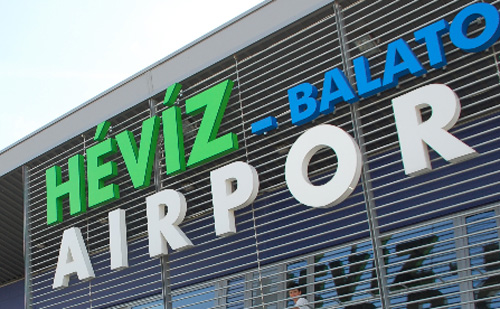 According to the latest feedbacks of the businness partners of Mutsch Ungarn Reisen,it can now be ascertained,that the easier availablity of the West-Hungary Region is definately increasing the attraction of the entire area, which tendency has been ever getting stronger in the last 5 years.

Taking all this into consideration, MT Zrt.(Hungarian Tourism Plc.), as in favour of a better popularization of their new flights, wishing to start a stronger marketing campaign in the South Germany, Swiss and Alsatian regions, yet now in 2014.

In the mutual and blossoming interest of alluring over more and more German tourists to inland West-Hungarian health resorts and those by Lake Balaton, in 2011 Magyar Turizmus Zrt. had teamed up with PA Touristik, one of the most important companies of Spa and Wellness Tourism of Germany, and they have been in a very good (business) relationship ever since. As a part of their collaboration they have
on several occassions held Touristic Fairs about the freshest achievements and available offers of Hungarian Health Tourism, keeping informed those who interested.