Foundations of a new national Air-Company might being laid

Mr. Gábor Széles intends to further improve the Héviz-Balaton Airport at Sármellék with the establishment or settlement of a new Air-Company and with a fresh 140-150 Million Euro-Investment. 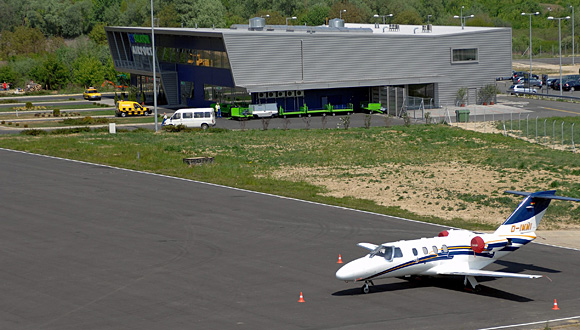 The great Entrepreneur signed the Contract of Purchasing the Assets of  the former Airport. About the cause to his  new acquisition he said that he reckons that,he hopefully would be able to join his forces with the town of Héviz, the Operator of the Airport and the Council of Sármellék, the Owner of the Land and the Council of Zalavár. As it would make things much easier to work out a new strategy in the interest of carrying out all the necessary and urgent developments to make the current Airport become of first class quality and improve the Infrastructure,as well.
„For example,Companies engaged in Airplane Renovation and Maintenance or Complete Storage Houses could move here,which would help it along for the Héviz-Balaton Airport to operate as a Cargo Airport,as well”-said Mr.Gábor Széles.
The Entrepreneur highlighted, that yet in the short run, he would like the Airport to operate as an Unloading Place for bigger Airline Companies,where later on he will also establish an International-Profiled private Air-fleet of his own. For which,they will need to make a 100 Million Euro Investment,and for this the negotiations had already started. And, should happen that they also could establish an other Regional Air-fleet in Debrecen,then out of the two they would be able to lay down the foundations of a new National Airline Company. For that very purpose,he wishes to make an
earliest possible Cooperation Agreement with the Debrecen-Airport, and afterwards,with the Liszt Ferenc Airport,as well.
The reason for the SGH Aviation Ltd-owned by Mr. Gábor Széles-could buy the assets of the former Airport,was that, that the actual winner of the Tender could not meet the deadline for paying off the purchase price,so the liquidator had entered into the Contract with the second highest bidder company. Mr. Gábor Széles' Concern will pay 703 Million HUF for the Terminal,the Cargo Base,the Control Tower and the Implements.
According to Mr. Gábor Széles, the passenger traffic can be increased noticeably in a short time and so,the Airport can reach a 150,000 Passenger number per year.
"Finally,we have one serious Investor,who-according to my informations-has transferred the first Installment already, and will also pay off the entire purchasing price by this Friday. What is more,Mr. Gábor Széles wants to take part in the running of the business,as well,which will open up new vistas,and that is what the municipality of Héviz has waited for so long".-Mr. Gábor Papp-the Mayor of Héviz- gave a comment on the matter.
The Councilman also emphasized that,the future Cooperation of the Councils,the State and the Hungarian Investors can open up big opportunities,which would make the entire Trade Association further develop and filled with new life.
„As Mr. Gábor Széles is a brilliant Tycoon and big Entrepreneur who, with his several inland investments and employing of thousands of Hungarian workers is a determinant to the Hungarian Economy. Furthermore he has such other big-scale businesses in Zala County,like the newly-built Golf Course with its Golf Village at Zalacsány. Should we be able to joining up all these developments with other Government interests and properties, then here at Héviz,in Zala County we can indeed bring into existence the Centre of Spa-Tourism of Central Europe. Of which, the Héviz-Balaton Airport would serve as a good basis of.”-Mr. Gábor Papp went on.